We are quick to argue that GMO foods are entirely unacceptable for humans and the environment. Scientists design plants using GMOs to be more nutritious, to taste or look better and more importantly, to be more resistant to unfavourable factors like inclement weather or diseases and pests. This blog post will look at some of the pros and cons of GMO Foods. We hope that it can help you make a better decision when it comes to buying food.

#1 Giving Foods Desirable Traits — Have you ever visiting the grocery store and seen perfectly shaped watermelons with bright green skin, crisp pink flesh, and no seeds? These subtle variations in what you are used to are due to genetic modification. It has even gone so far as designing varieties of apples that turn less brown when cut or bruised. The reasoning behind this methodology is to make crops more resistant to diseases as they grow. Manufacturers also alter produce to be tolerant of herbicides or more nutritious. Surprisingly enough, genetic modification can increase nutritional value and enhance the taste of produce. The biggest argument behind all of this is that consumers will have access to higher quality food and at a lower cost.

#3 Cancer — Some people argue that GMO foods can cause cancer due to the introduction of new genes to the body or exposure to mutations in DNA. There is no proven evidence at this; however, scientists are conducting continual research to reduce the chance of cancer in humans.

#4 Antibacterial Resistance — Antibacterial resistance concerns our ability to defend ourselves against illness, as GMO foods have an increased tolerance to herbicides and diseases. Some plants are even resistant to certain antibiotics, and in theory, this could pass over to humans.

We are all equipped to make our own decisions. Whether you choose to buy GMO foods or not, it is best to be informed and to talk to your doctor about what is best for you. 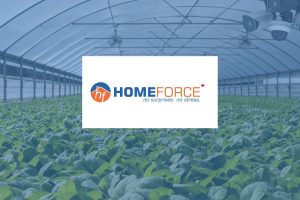